Renovation hiccups happen all the time. There’s not many renovations that didn’t have at least one little diversion on its way to completion. The key to success is being prepared.

When it comes to renovating, there are a myriad of cruel and creative things that can derail your project (and your sanity). The trick is to prepare, plan and know when to go with the flow.

Here, Loni Parker, editor of Adore Home Magazine, shares the best ways to prepare for renovation hiccups, avoid disasters and guarantee your best chance of sticking to a budget and timeline.

According to Loni, word of mouth is the most reliable tool for picking tradespeople – and picking good tradespeople is the safest way to ensure your budget and timeline don’t get thrown out of whack.

“If you have a friend that has recently renovated, it’s really helpful to tap into their knowledge,” she says.

“Once you’ve found a good tradesperson, cling on to them for life! They will treat you well as well. Building up that relationship with your trades is important to get the best price overall.” 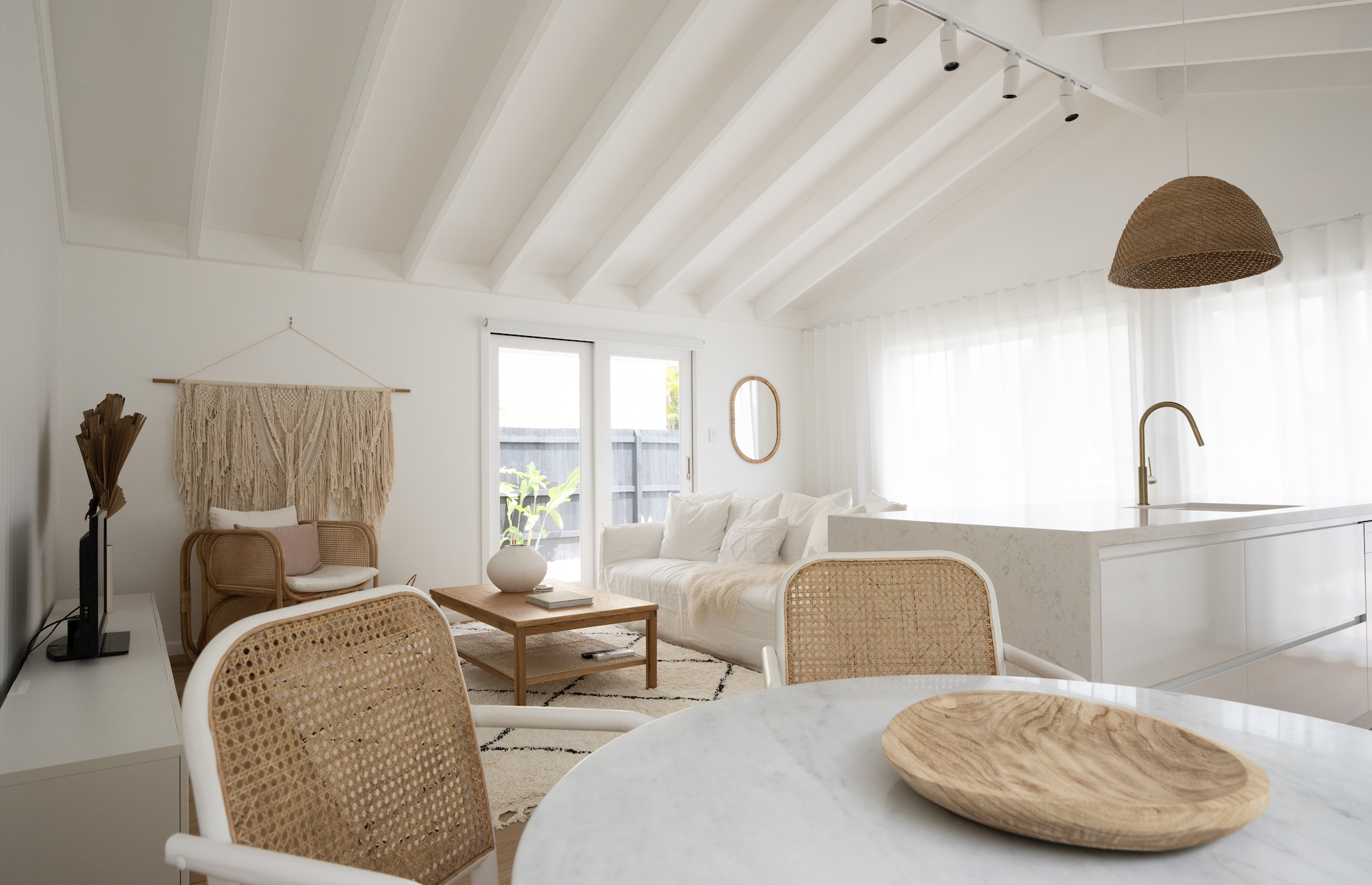 “If you have a friend that has recently renovated, it’s really helpful to tap into their knowledge.” Picture: Hannah Photography

Loni also notes that with some companies, like Carpet Court, installation is included with the product.

“If you go with Carpet Court for your flooring, for example, they take care of everything so you don’t have to worry about it,” she says.

“Number one is making sure you find all the materials and products you want, then you can book your trades,” Loni begins.

“I think it’s really important to know the order that tradespeople need to come in for each room. You’re probably going to do all your demolition first, then you need your plumber, then you’re going to get the electrician in for wiring.

“You can go to Google for help, or ask friends, but you can also talk to your tradespeople and say, ‘hey, do you need to come in after the plumber or before?’. Having that very open communication [with your trades] is important.”

To keep things in check, have a spreadsheet or a calendar to help you keep track of all the plans you’re making.

“If a tradesperson continually lets you down, it’s time to find somebody else,” Loni says.

“I was ruthless with our bathroom reno. I had two weeks to get it done before we moved into the house. So if a carpenter flaked on me the morning they were supposed to be there, I’d be ruthless and find somebody else to replace them. I wouldn’t just wait because it then throws off all the other tradesmen. Have a back-up plan.”

“If a tradesperson continually lets you down, it’s time to find somebody else.” Picture: Hannah Photography

To secure these ‘back-up plans’, Loni recommends getting at least three quotes when costing out your renovation and use one of those if the others fall through. Just be sure to keep records of everybody you’ve spoken to.

4. Have a budget buffer

Unforeseen circumstances can lead to overstepping your budget, but the key is to avoid maxing out the budget in the first place. Leave yourself a buffer of at least 10% of the total cost.

“It’s always a good idea to have a contingency fund,” starts Loni. “Make sure you’ve got more than what you think it’s going to cost. Even if a tradesperson has quoted you and you think you have a guarantee of what it’s going to cost, always leave extra. They say have a 10-20% contingency in case something goes wrong, which can happen!” 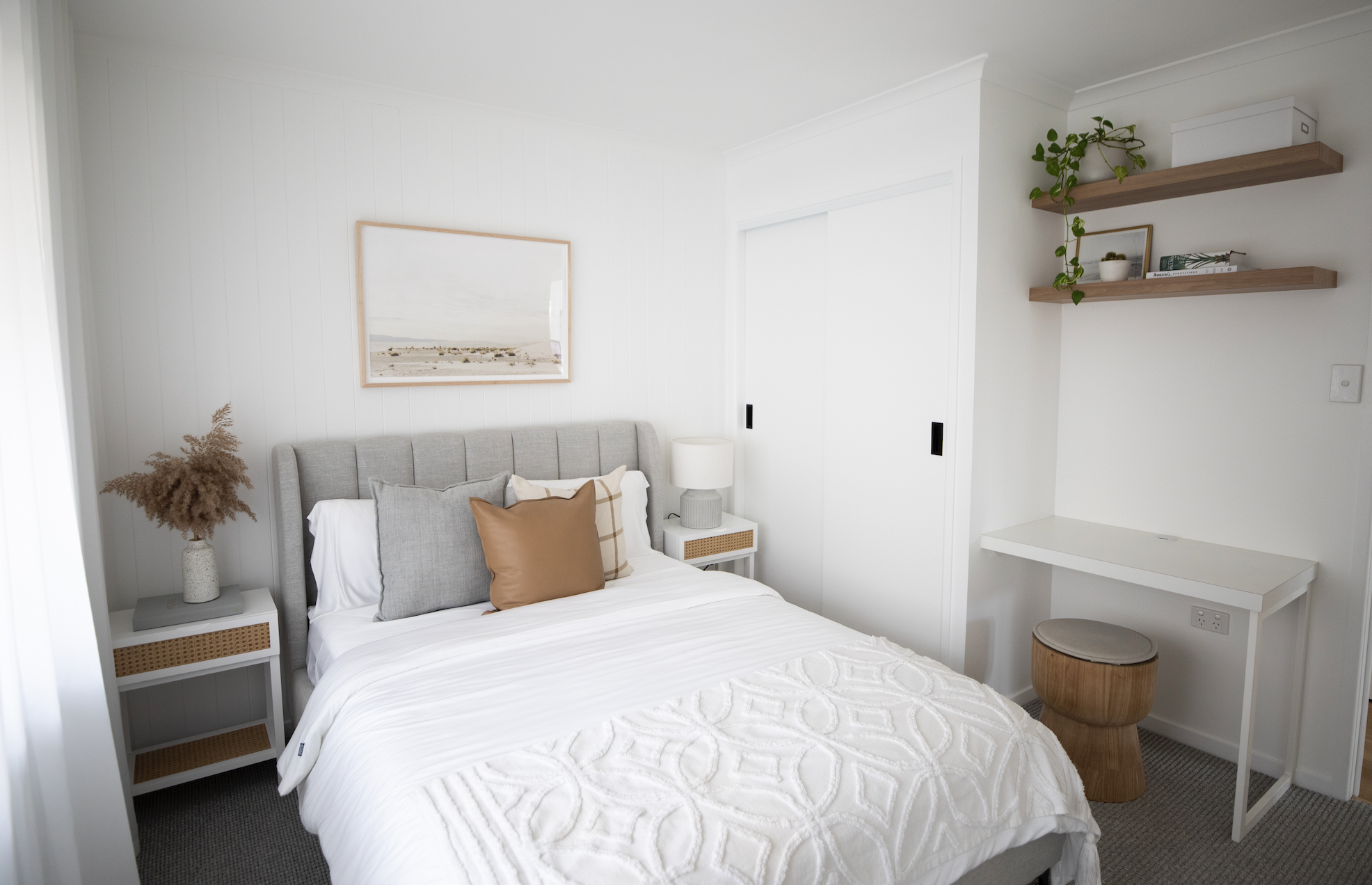 Leave yourself a buffer of at least 10% of the total cost. Picture: Hannah Photography

5. Be flexible and push forward

If something doesn’t go to plan, Loni’s mantra is to keep pushing forward.

“Just keep going,” she implores. “Ask the other trades if they can be flexible and work around [the obstacle]. Ask if they can come back to it or come back another day. Don’t let those setbacks stop you.”

Having multiple quotes, back-up plans and your contingency fund is going to help you weather the unexpected.

“You just don’t know what’s going to happen. You might open up a wall and find termites or something else might need to be replaced or fixed that you hadn’t anticipated. You have to expect that it’s not going to run smoothly and you might need a back-up, or more time.”