How to design the perfect outdoor space

If you are in the market to build or renovate then I am sure you’ve heard people tell you “don’t forget to budget in landscaping”.

If you didn’t listen, well then I am about to reiterate – do not forget to budget in landscaping!

I was that person who heard but did not listen, while working on our duplex build. I then found myself making decisions on the go and trying to budget for these unknowns as our build pushed near completion.

Planning for the outdoor part of your build is a key step and landscaping is equally as important as the interiors in a home.

So note to future Kate, don’t get caught up in the kitchen and bathroom designs and neglect the outdoor spaces.

Here are some quick tips to help you create the perfect outdoor space.

How do you want to use your outdoor space?

This is the first thing you need to consider when mapping out your entertaining area. Have a priority list and then factor these features into your design. If size is an issue then work out your non-negotiable items.

Using our build as an example we knew the following:

We knew having enough grass in the yard was important for families and ourselves with our dog Indie. We therefore had to compromise on the size of the pool, which became more like a plunge pool in order to fit both of these things in.Whilst we originally wanted an outdoor kitchen, budget did not allow for this, so we had to say goodbye to this idea.The investment side of the duplex had a slightly different layout as a result of the block sloping up. Whilst this meant less grass and possibly less usable space we turned the negative space into a fire pit cove and were able to plant a lot more plants behind this as a result. 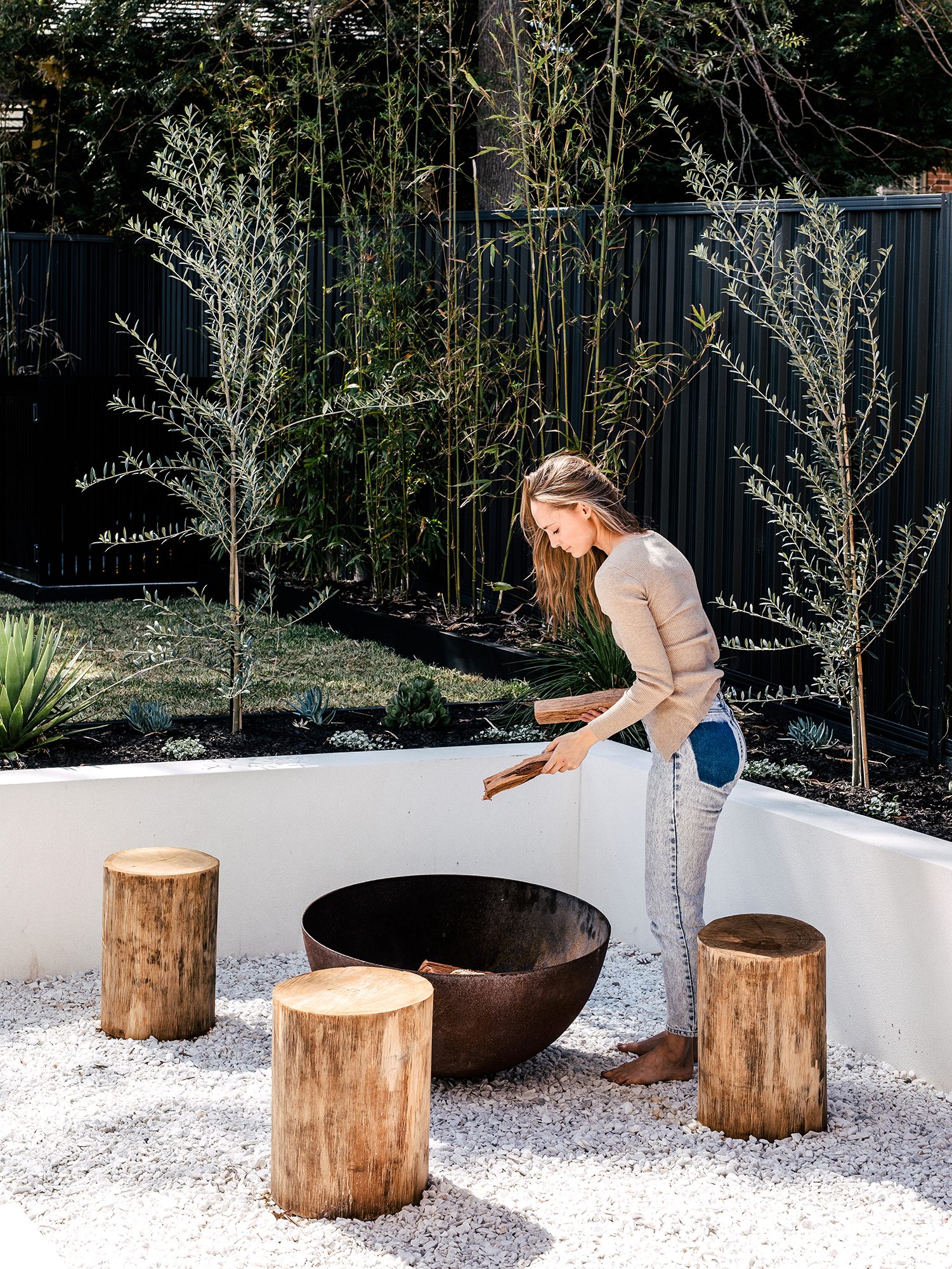 A fire pit area can be a great use of awkward space in a backyard. Picture: Hannah Blackmore

re your services in place?

While I had to farewell the outdoor kitchen, we still ensured we ran the provisions for gas and water should we or a potential purchaser one day wish to add the kitchen in.

Write down all the inclusions you may be wanting in your space, for example outdoor fans and lighting and then communicate this to your trades in the early planning piece.

Pool vs. no pool

When it came time to build our duplex the pools were our very first phase of construction as they were situated at the back of the block and building them prior to the construction of the house allowed for easy access.

I had done my research well before we started the build to identify that putting a pool in our duplex would be worth the investment not just for ourselves but also the side we intend to sell. I had a spreadsheet of every duplex sold in the area, with ticks and crosses for pool vs. no pool and the sales comparison.

Having a pool in your yard is a completely subjective decision. For me though, it is probably one of my absolute favourite features of our home. 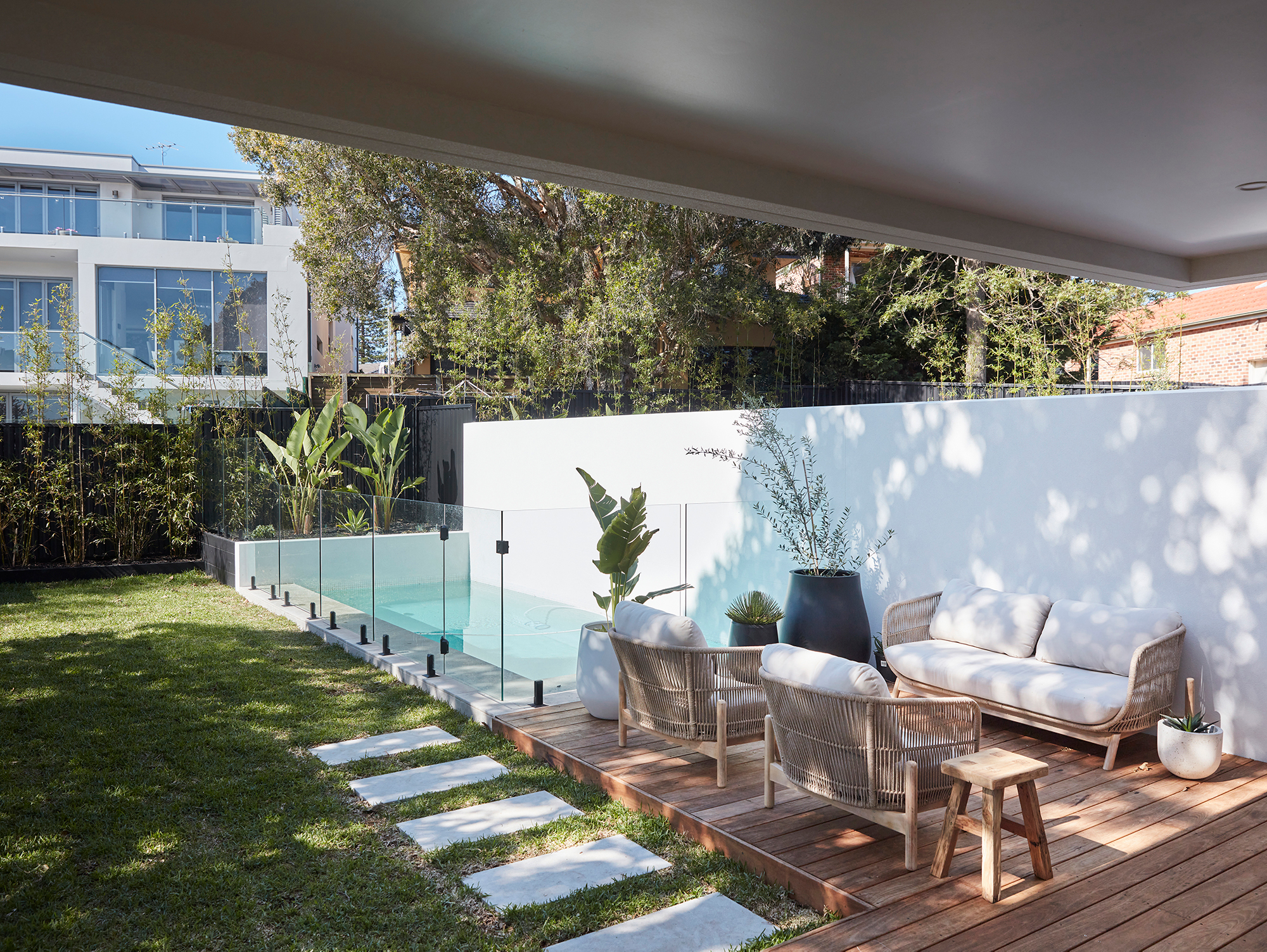 Pools are a personal decision but may add value to your property. Picture: Alan Richardson

Inspiration is a fantastic way to create your garden oasis.I gathered a lot of inspiration from some of my favourite landscapers online and Pinterest. .

I also used these tools to try and identify what plants I liked and researched what climates they best suited. My plant vocabulary has drastically increased as a result.

This is probably my biggest learning from the build.

Luke had claimed ownership of the landscaping on the project which at the time I was more than happy to pass the baton on. However, when it came time to actually do the work, he had to go into the AFL hub for eight weeks so I was left with an A4 piece of paper which he had drawn his dreams on and that was basically it.

Luckily, I found my savour in a local landscaper, OIive Tree Landcapes who saved the day and did a fantastic job in bringing Luke’s A4 vision to life. Engaging a professional landscaper or designer (sorry Luke) early on in the piece will allow you to plan and budget for this part of the job and not have it become a stressful afterthought. 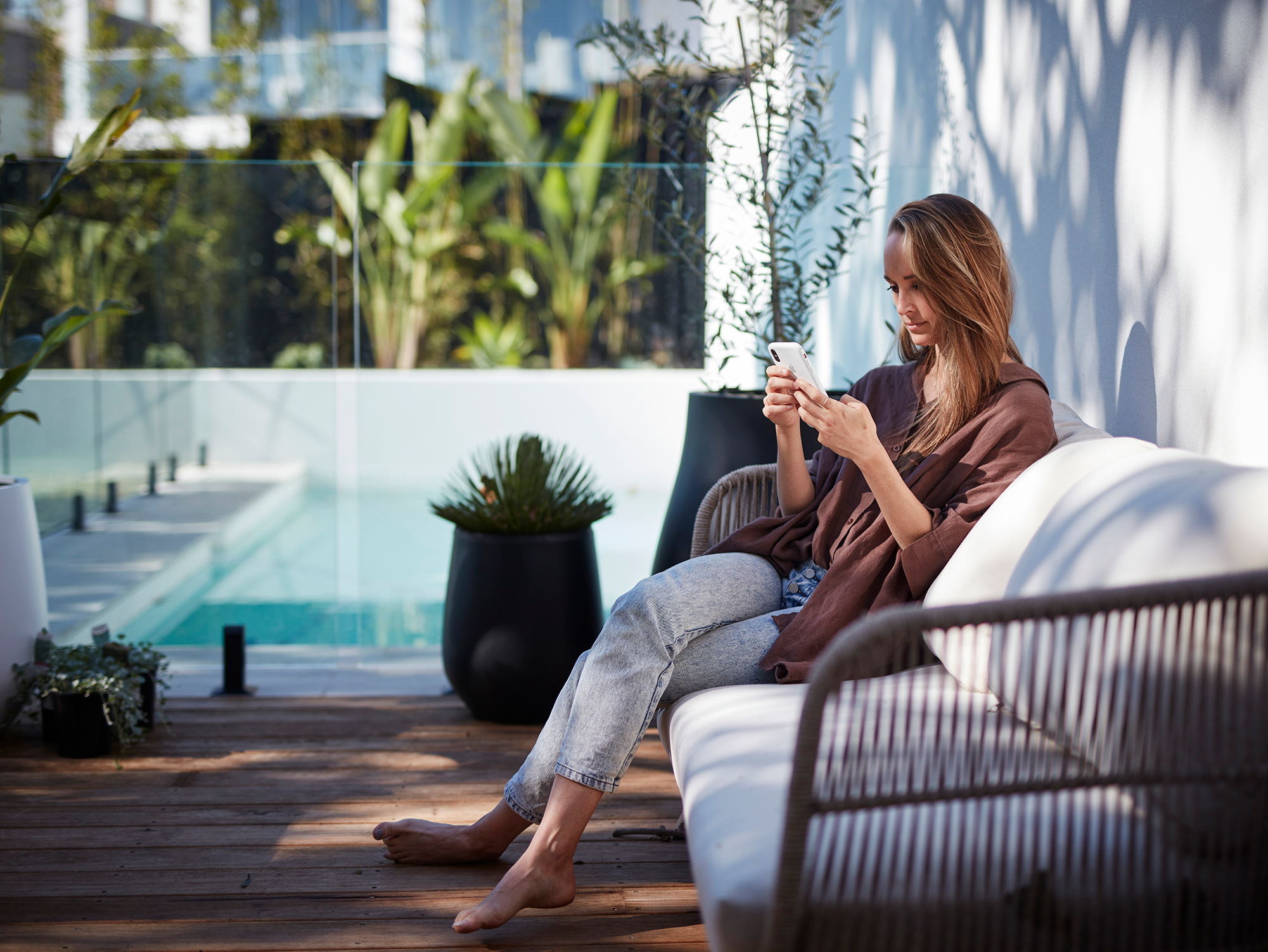 When it comes time to add some greenery, shop savvy. I went a little rogue on the plant purchases when Luke was away so let’s pretend this piece of advice is coming from Luke himself, the real smart shopper.

Purchasing plants very quickly adds up, so look for bargains where you can.

We purchased our screening bamboo on Facebook marketplace, as well as a few agave plants which people are basically giving away. That old saying, one man’s trash is another man’s treasure, rings true in the plant department so capitalise on it.

A duplex yard is never going to be huge but I still wanted to create a garden oasis so I introduced pots to help create that sense of lushness when you looked through to the outdoor entertaining area.

They are also the perfect addition to our garden because if we are ever to move I can take them with me and that is money well spent.

The post How to design the perfect outdoor space appeared first on realestate.com.au.