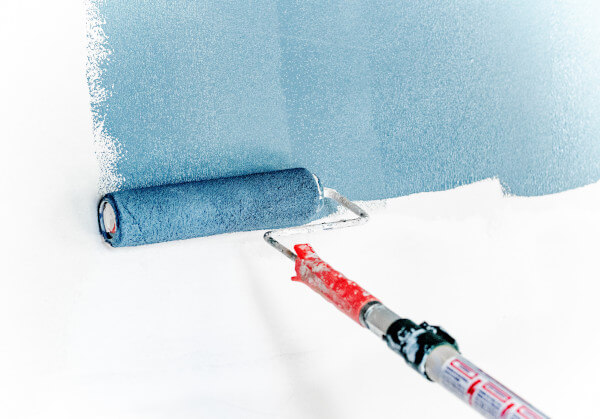 Long winters can be unbearable, especially if it means removing snow from your driveway several times a week. Heated driveway systems come in various forms and make winter easier, melting snow as it falls. But what are the options and how much do they cost?

If you live in the North, Midwest, or at a high elevation, you can safely bet on snow and ice at some point in the year. And yes, it’s pretty for a while and makes snowball throwers and skiers happy, but it also can be a pain when you repeatedly must clear your driveway throughout the winter—even if you pay someone else to plow it or remove it with a snowblower.

Of course, there are alternatives. You could choose not to clear the driveway at all and just let the snow build up until it melts of its own accord in the spring. Or you could move to Florida.

A less drastic solution is to invest in a heated driveway that melts the snow and ice before it has a chance to accumulate. Driveway heating systems range from somewhat inexpensive and straightforward to complex and, of course, expensive. We’ll start with the simple.

Resembling long doormats, heated mats are made of an electric heating element that’s covered by layers of a tough, skid-proof rubbery polymer. Typically used in pairs (one for each side of the car), you place the mats on the driveway in line with your tires, plug them into a nearby outlet, and turn them on.

They’re tough enough to drive over and many have remote controls, so you don’t have to go outside to activate them. They are available in lengths up to 30 feet and widths that typically range between 10 and 40 inches—and can be had in both 120- and 240-volt configurations. (Both voltage options cost about the same to operate, but 240 volts are generally recommended for larger surface areas.)

Costs can range from $30 to $45 per square foot. One good thing about these mats is that they’re adaptable; they can be connected to cover a broader surface area, and they can be placed on walkways, decks, and ramps as well.

Pros: Easy to set up, adaptable, relatively affordableCons: Because they typically don’t cover the entire driveway, they won’t do a stellar job in heavy, deep snow.

Here’s where things get more involved. The alternative to portable mats is to install a heating element (electric or hydronic) beneath the surface of your driveway, similar to the radiant heating you may have under your bathroom floor, for instance.

A grid of electric heating elements or thin tubes carrying a mixture of warm water and antifreeze are buried under the driveway’s concrete or asphalt surface to raise the temperature enough to melt snow as it falls.

Of the two types, electric heating elements are the simplest. Insulated wires are loosely woven into flexible mats and are connected to the household current via a buried conduit.

The mats can be arranged to align with your car’s tires or to cover the entire driveway. System-control options range from a thermostat that you turn on when snow is threatening to a wi-fi-connected device that automatically modulates the driveway’s temperature according to the weather forecasts it receives.

Hydronic heating systems consist of loops of plastic tubing known as PEX that carry a mix of water and propylene glycol (antifreeze). Heated by a boiler located in the house or garage, the warm mix is pumped out through the tubing.

Unlike electric systems that use one source of power, hydronic boilers can be electric, gas, oil, solar, or even wood-fired, which gives the homeowner options for potential cost savings. And like the electric systems, hydronic systems’ control options range from manual to fully automatic.

Installing a Heating System in a New Driveway

If you’re installing a new driveway, adding heat is fairly simple—the heating elements are layered into the driveway as it’s being laid. Retrofitting a snow-melt system under an existing driveway becomes more involved. And expensive.

For an electric radiant system, the most straightforward method is to cover the existing driveway with a thin bed of a substrate like sand or crushed stone, spread out the heating elements, and cover them with asphalt, concrete, or stone pavers. In some instances, it’s best to cut the driveway’s surface to accept the heating elements.

For hydronic systems, contractors can only bury the tubing beneath a new layer of driveway. Experts also recommend that, whichever method you use, you also include some sort of drainage system in the driveway to carry away the melted snow water that could accumulate.

Pros: Can be made to cover as much area as you need, great snow-melting capability, automatic systems make operation a breeze.Cons: Potentially expensive to install, especially when retrofitting; difficult to repair if needed.

What’s the Cost of a Heated Driveway System?

A new unheated asphalt or concrete driveway is roughly $3 to $8 per square foot, and a heated driveway system necessarily adds to the cost. They can range from around $7,000 to just under $23,000, including materials and installation.

Hydronic systems can cost 30 to 50 percent more than electric systems, due to the additional equipment (boiler, pumps, etc.) required. Retrofitting a heating system into an existing driveway may add between $7 and $17 per square foot to the cost. And while manual controls are fairly inexpensive, automatic controls can cost up to $2,000.

Once the system is installed, there are operating costs. Lots of variables come into play here, such as the utility rates in your area, the type and size of your system, and the severity of your winters. On average, electric systems are more expensive to operate than hydronic systems, but the cost to run either type of driveway heat will range between $120 and $600 a year.

Did you miss our previous article…
https://www.tampa-bay-homes-guide.com/?p=1759