Save This Old House: Brick Italianate in a Historic River Town 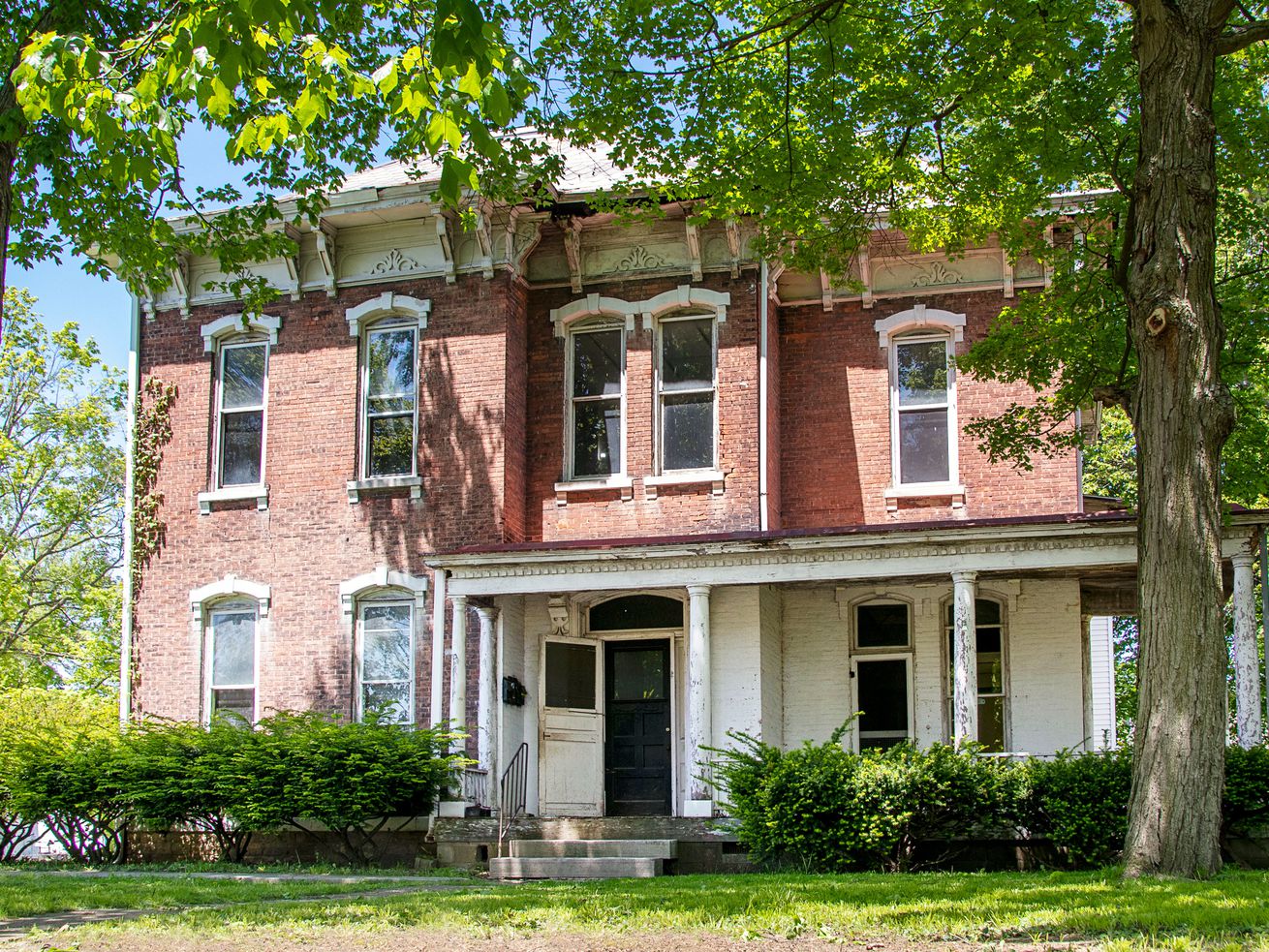 The five-bedroom, three-bath house sits on a large, raised corner lot. Its one-story wraparound porch with round columns was an early-20th-century addition. | Evan Hale/Indiana Landmarks

An historic Italianate near the Wabash River is ready for new owners to restore it to its old glory.

This article appeared in the Fall 2021 issue of This Old House Magazine. Click here to learn how to subscribe

This handsome Victorian-era house was built for Frank Morse, a prominent banker, and his wife, Florence, circa 1885. Morse, a Union Army commander during the Civil War, later worked his way up from cashier to vice president at the First National Bank of Wabash.

The Morses owned the house until 1919; about a year later it was converted into rental apartments. The house changed hands six times before Indiana Landmarks took ownership in 2020, as part of a neighborhood revitalization project, and restored its single-family layout. 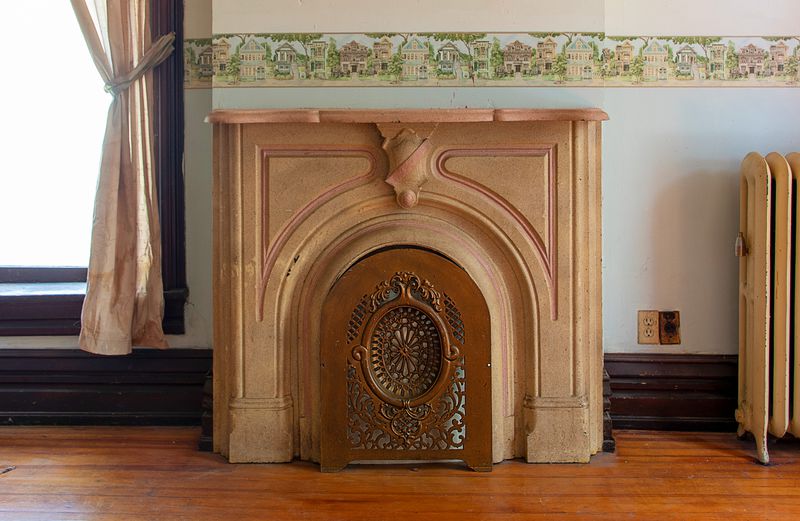 Evan Hale/Indiana LandmarksThe 4,000-square-foot house retains signature Italianate features that make it one of the most architecturally important in the East Wabash Historic District. Of particular note are its ornate bracketed cornice and tall, pedimented windows.

Inside, three cast-iron fireplaces, original oak floors, walnut millwork, and the winding main staircase remain. A spacious attic could be finished as a third floor. The house is just a 5-minute walk from this picturesque city’s downtown, located on the banks of the Wabash River.

Above: This coal-burning bedroom fireplace is one of three that remain­—the second is in another bedroom and the third in the front parlor. All have their original cast-iron summer fronts in place. 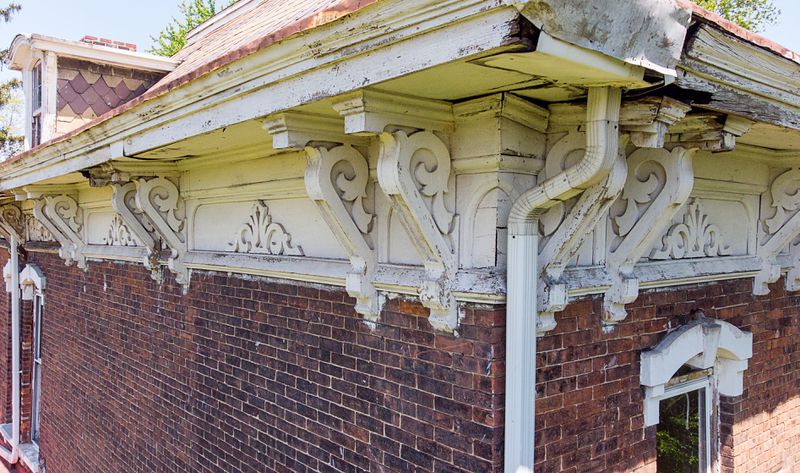 Evan Hale/Indiana LandmarksThe house is structurally sound but requires all-new HVAC, plumbing, and electrical systems, as well as a new kitchen and baths. The fireplaces should be inspected. Built-in gutters are in need of major repair, and parts of the cornice require restoration. All the exterior woodwork needs repainting, and the brick needs repointing. Exterior covenants do apply, and the house must be owner-occupied as a single-family dwelling. While plenty of work awaits, so does this character-filled house, with all the makings of a storybook place to call home.

Above: One of the house’s standout features is its elaborate bracketed cornice. The original roof has survived, covered with polychrome slate tiles like those visible on the sides of the dormer. Carved, paired wood brackets and scrollwork distinguish the finely detailed cornice that wraps the house. 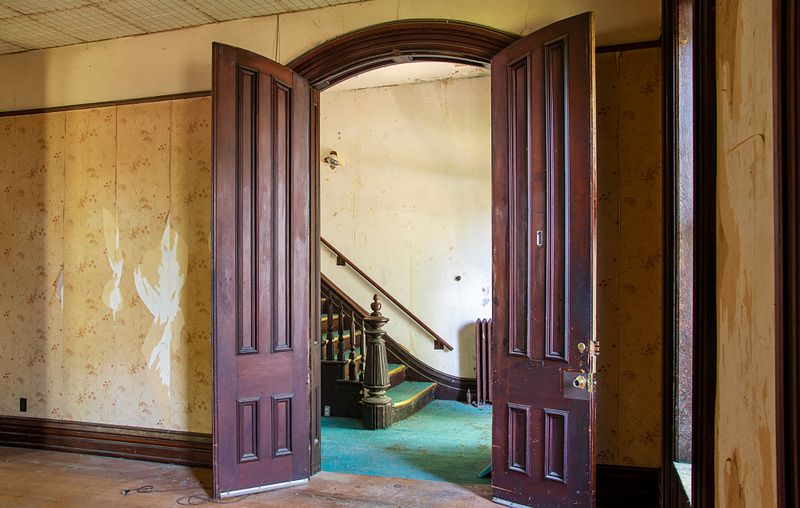 Evan Hale/Indiana LandmarksAbove: A pair of arched, paneled doors open from the entry hall­—where the main staircase can be glimpsed—into the front parlor, where more original millwork remains. 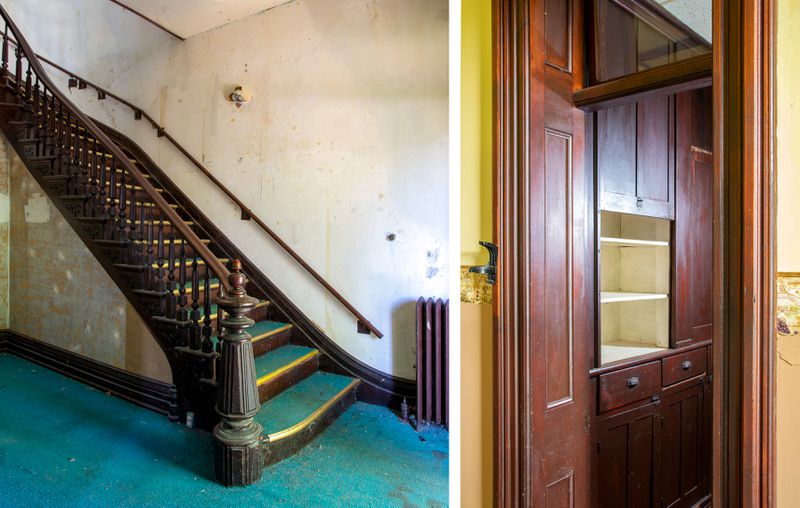 Evan Hale/Indiana LandmarksLeft: The wide front staircase’s original walnut millwork includes a handsome newel post and turned balusters. Not visible here, the stairs take a graceful turn toward the top. The handrail, base molding, and radiator are also original.

Right: Most of the original interior woodwork is walnut, including this recessed pantry cabinet. Much like a double-hung window, the built-in’s doors open up and down. 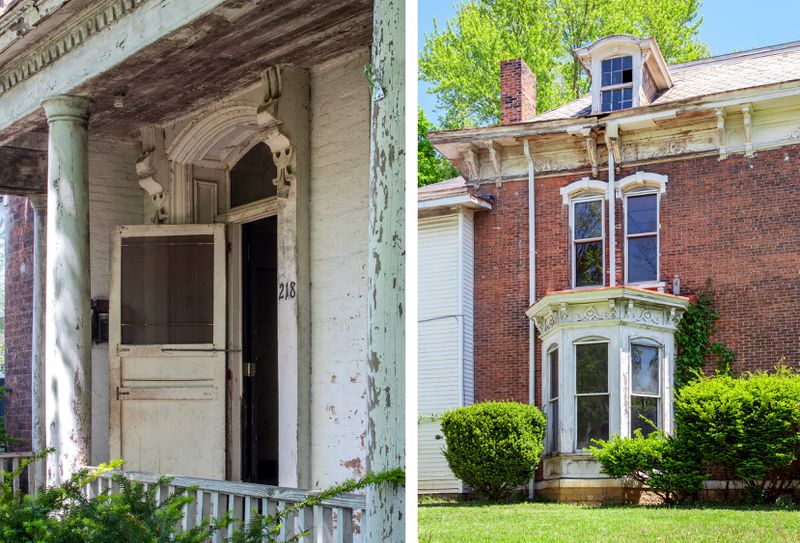 Right: The house retains its original narrow window sashes and trim details. An original arched dormer brings light into the attic. Two bay windows, one shown here, have cornices that mirror the house’s. 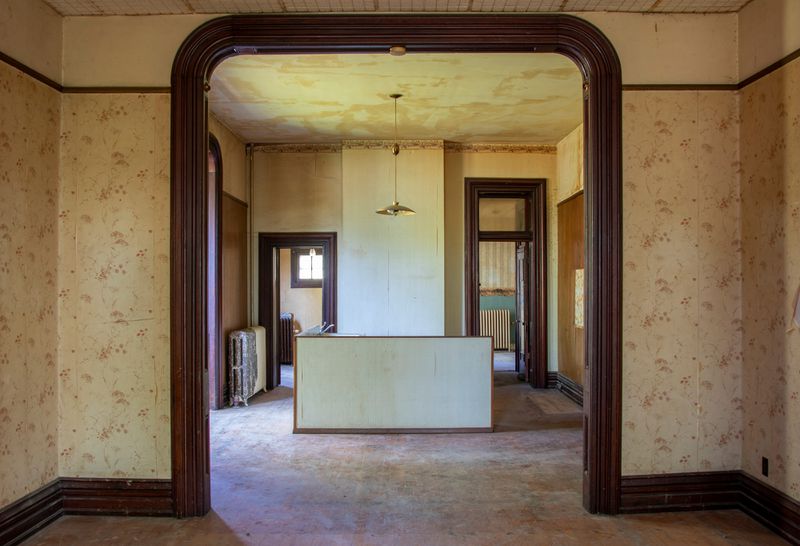 Evan Hale/Indiana LandmarksAbove: An original opening with curved walnut casing frames the transition between the front and rear parlors. Original oak floors remain throughout the house. 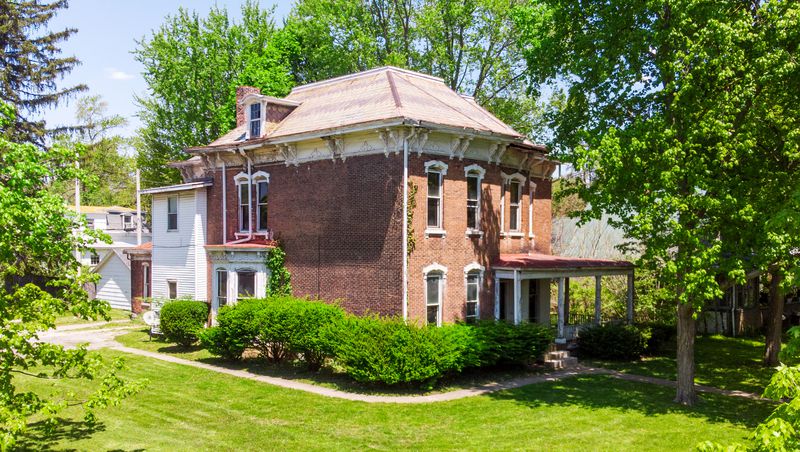 Evan Hale/Indiana LandmarksThe house is sited on an extra-wide corner lot. A two-story rear addition, currently painted white, was put on around 1940.

Did you miss our previous article…
https://www.tampa-bay-homes-guide.com/?p=336