Sources of Radiation in Household Items 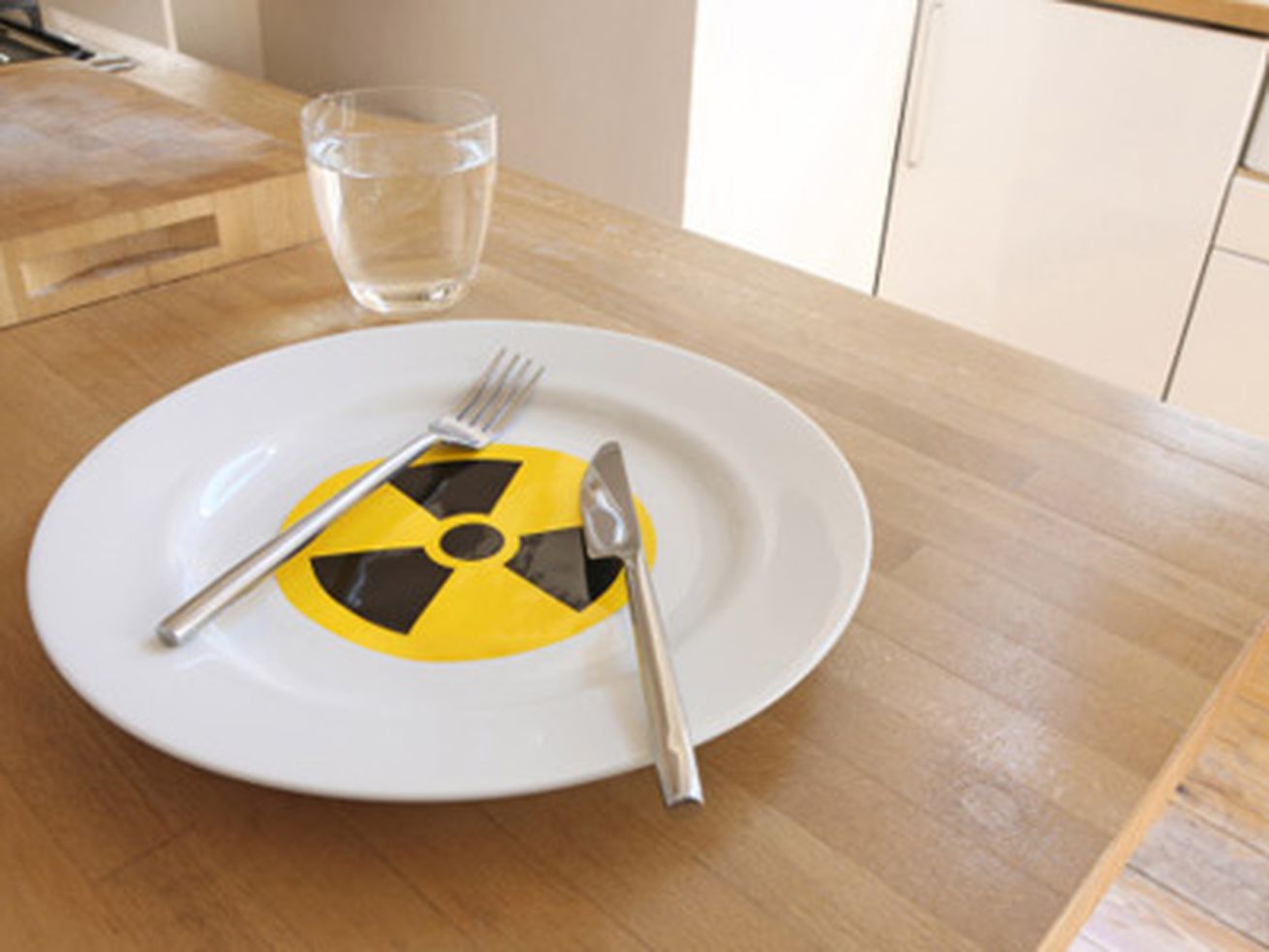 Many of us are unknowingly exposed to radioactive things everyday, here are 9 household materials and products that could be emitting low levels of radiation.

Exposure to radiation can be very harmful to you. It’s been fodder for sci-fi movies for decades, turning tiny tots into mutated henchmen (The Gamma People, 1956) and transforming a cowering homemaker into a giantess with a score to settle (Attack of the 50 Ft. Woman, 1958).

The real-world risks of chronic high-level exposure are known to be equally dramatic—and deadly. But you may be surprised to learn that some of the materials and products sitting around your house could be emitting low levels of radiation. According to the Environmental Protection Agency, there’s no radiation exposure that doesn’t pose some risk—though the range of that risk is very wide.

9 Sources of Radiation in Your Home

With that in mind, you might be wondering, what household items give off radiation? This Old House has taken a fresh look at the everyday household objects that might just be unhealthier than you think. Here are nine possible radiation sources that could be under your roof right now and some links to further information about test for radiation in your home.

1. Radon Seeping Into The Basement

Photo by The Washington Post/Getty ImagesYour basement isn’t just an entry point for water leaks and marauding mice. It can also be contaminated with an oft-overlooked radioactive gas known as radon. Found in houses both new and old, the colorless, odorless gas is formed by the decay of uranium, an element found in rock within the earth. If present in the soil surrounding your house, it can seep in through porous building materials and cracks in the foundation.

According to experts, nearly one out of every 15 houses in the U.S. is estimated to have elevated levels of radon, which is the second leading cause of lung cancer after smoking. Learn about testing your home for radon here. 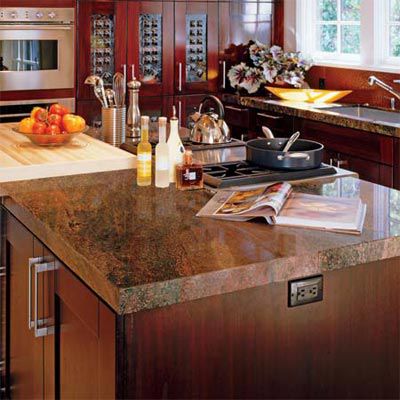 Photo by Muffy KibbeyMining stone for countertops may unearth some potentially scary radioactivity as well. Granite countertops are known to emit radiation and radon, albeit at very low levels, as they can contain naturally occurring uranium and other radioactive elements, such as thorium.

To see if granite countertops are affecting your home’s radon levels, contact the American Association of Radon Scientists and Technologists or visit the Marble Institute of America’s website.

3. Check for Radioactive Elements in Ceramics 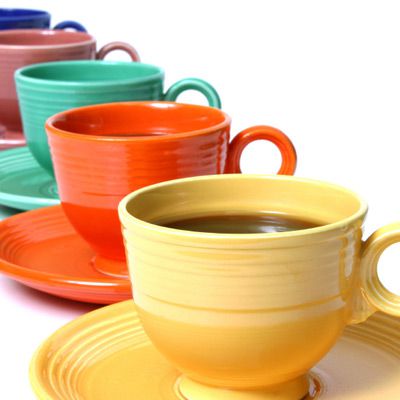 Photo by Bob Bird/Getty ImagesThat cool retro china you picked up at your neighbor’s garage sale might have some not-so-savory attributes. Up until about the 1960s, the radioactive elements uranium, thorium, and potassium-40 were used in glazes for tile, pottery, and other widely available ceramics. Perhaps the best-known variety is Fiestaware from the Homer Laughlin China Company, which once used uranium oxides to create its bright red-orange dinnerware.

The perfect (potentially terrifying) pairing for radioactive dinnerware? Uranium-tainted glassware. Since the early 19th century and up until the 1970s, glassmakers widely used uranium to color glasses a transparent yellow or yellow-green. The glassware was often referred to as canary glass or Vaseline glass, and had a tendency to emit low levels of radiation for many years after being manufactured.

To see if your old glassware possibly contains uranium, hold it up to a black light in a dark room. If the glass glows a greenish color, you might want to start sipping from something else.

5. Glow in the Dark Clocks or Watches With Radium in the Paint 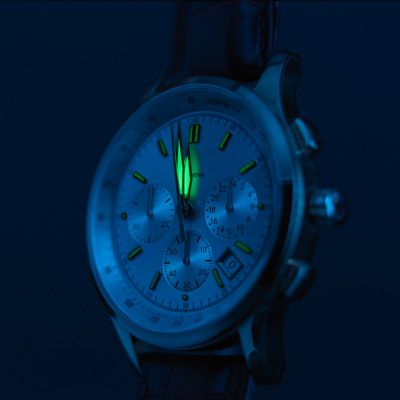 Photo by David Seed Photography/Getty ImagesYou may recall the story of 17-year-old Eagle Scout David Hahn, who, in 1995, almost managed to build a nuclear reactor in the backyard shed of his mother’s Michigan home. The story made headlines when local authorities got wind of the operation, triggering a federal response. The EPA was soon called in to clean up the home’s backyard as a Superfund site. Turns out that among the many places from which Hahn had gathered his radioactive material was household clocks.

For decades, watch and clock makers used paint with radium, a highly radioactive substance, to create luminous, glow-in-the-dark dials and hands for clocks and watches. The common practice of coating watch dials and clock faces with radium, which has a half-life of 1,600 years, ended in the 1970s. These days, most glowing watches use a radioactive isotope of hydrogen called tritium or the radioactive element promethium, which have a half-life of roughly 12 and 3 years, respectively.

Older, box-shaped televisions that contain a cathode ray tube have the potential to emit low levels of x-ray radiation. If you have this type of TV, experts advise sitting a distance of at least 2 to 3 feet from the screen to limit exposure. 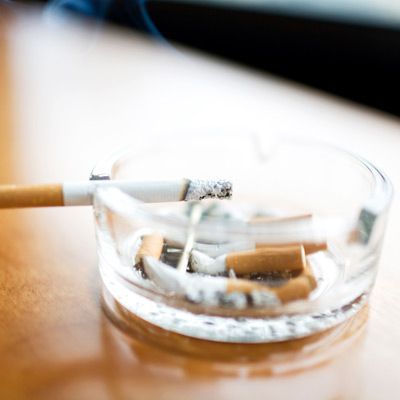 Photo by Photo and Co/Getty ImagesThe health risks associated with cigarette smoking are widely known. But did you know tobacco plants can accumulate radioactive minerals—including radium, lead-210 and polonium-210—from certain fertilizers? Cigarette smoke containing radioactive material can be inhaled by smokers and nonsmokers, in the form of second-hand smoke.

Sign collectors be warned: Many self-illuminating emergency “Exit” signs commonly found in office buildings and malls contain tritium, a radioactive gas. If they are tampered with or broken, they could release harmful radioactive gas. 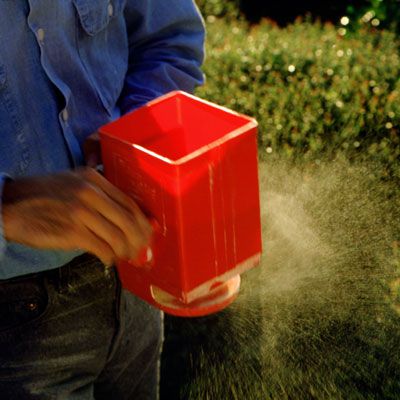 Photo by Tom Payne/AlamyPhosphorous is an essential nutrient for plants and a common ingredient in many fertilizers. However, the processing of phosphate rock to make phosphate-based fertilizer may leave radium (Ra-226) in the end product. The levels of Ra-226 vary depending upon the type of fertilizer blend and the origin of the phosphate rock, and can appear in vegetables grown with it.

To read more about potential sources of radiation, and how to test for radiation in your home check out two sites on the topic: